Action on Tuesday 3rd May helping to shut down Ffos y Fran, the UK’s largest open-cast coal mine for the day. 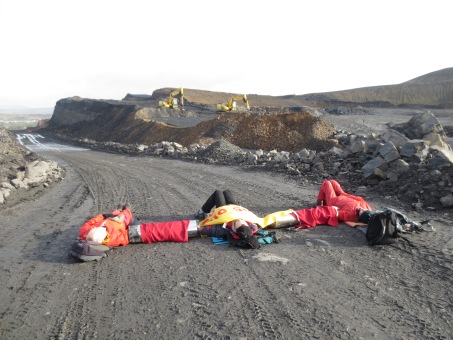 Organised by Reclaim the Power and 350.org, this marked the beginning of 2 weeks of action world-wide to keep coal in the ground. I was with four members of Christian Climate Action who were asked to be one of two teams to block internal roads at the mine so that transport would be unable to take workers to the area of current excavation. Our brief was for five of us, Ruth Jarman, Martin Newell, Jo Frew, Julie Timbrell and myself, to go to the narrower of the two roads before 6 30am when the shift was to start and for Ruth, Martin and me to lie down in the road and lock-on to one-another. We were committed to be respectful of those who we met and to do no damage to machinery. After getting into the mine by crossing over two barbed-wire fences with the help of a small carpet – and under the eyes of helicopter crew – we found the road, locked-on, and spent the best part of 3 hours taking in the sight of a beautiful blue sky and delicate clouds, marred  by the vapour trails and the disturbance which they trigger in us – spreading death in their faraway silence.

A member of staff came over to let us know that we were trespassing and that the police had been informed. He explained that the safety of the protestors was their priority and that none of the workforce would be coming where we were. We had some good moments of connection with him when he told us that his father and grandfather had been miners and that he was proud of that tradition. I said that my grandfather had been a miner in the Rhondda about 12 miles from this one and that I had come to know what he hadn’t, namely that burning coal is destroying the planet and harming life. He said that he has three children and is having to consider these issues himself. By about 9am, some 400 of our colleagues had got into the mine and had closed it for the day. No-one was arrested. I was grateful that anxieties I’d had about violence had not been fulfilled.

Being locked-on was a new experience for me. It triggers vulnerability. It is also very satisfying in meeting needs for meaning and contribution. It is so special to experience the support of friends, especially Jo and Julie whose job was to make sure we were ok. This is what life is about, not more stuff but relationships, the beauty of the Earth, and its life-forms. We ended our stay in this desolate place, literally a scar on the Earth, with a prayer of gratitude that the morning’s outcome had been good;  and asking for a huge change of heart towards care for the Earth, the poorest peoples as the ones most affected by climate change, and the generations who will follow us – and that we be given the grace to find an economy which is a subsidiary of the Earth instead of the current one which regards the Earth as its subsidiary. 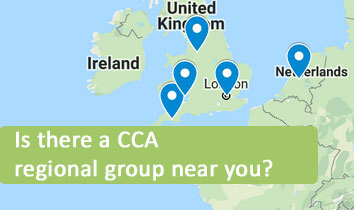